How many people do you know have absolutely loved every job they've ever had? I know of only two...my Mom and Myself. Following in her footsteps, I have been blessed with a life full of diverse and fulfilling careers including my continued position as "chief janitor" here at Renegade!!! Ha ha... 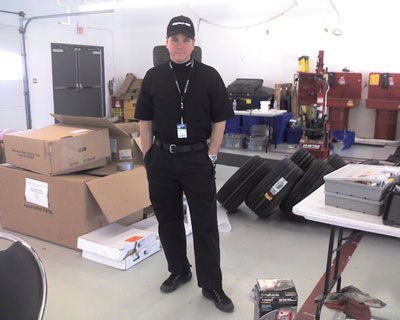 Before cars and girls, there were bikes...lots of bikes. I remember running a neighborhood special where I would take any bike, tear it down to the frame, paint it, then put it all back together for 20 bucks. I curtailed that early entrepreneurial attempt when it took me 3 weeks to re-assemble a full-fendered, Schwinn, 10-speed, owned by my elderly neighbor.

My first taste of racing came when Centurion Bicycles sponsored me in a junior class for a year. One knee injury later and the keys to a VW Super Beetle ended my two-wheel attachment.

At 17, my love for Music landed me my first radio gig helping on the mixing board and screening calls. During the day I worked in a high-end stereo store when there was such a thing! Weekends I was spinning records at parties and night clubs.

By 19, I was working as a "jock" at the #1 Top 40 station in my hometown, playing high-end events and clubs, working at a Professional Sound and Lighting company, and taking classes in Audio Engineering. That lasted for almost 20 years...well...all but taking the classes!

Somewhere in the middle, I owned my first few Porsches and had met the owner of a small, yet fascinating company called Renegade Hybrids. I became a customer of Andy's after driving the life out of a two Porsches on and off the track. His suggestion to enroll in some racing schools before building a more powerful converted Porsche, was some of the best advice I ever received. 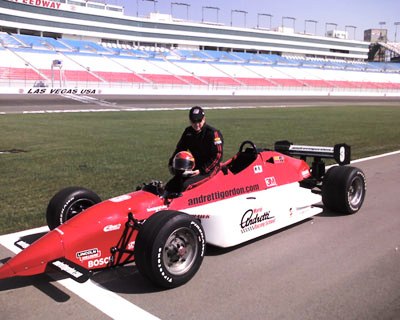 In the years that followed, I spent lots of time with Andy learning the ropes, and as much time as I could afford on the track. By the turn of the Century, I found myself "the owner" of Renegade!

Vegas was purely accidental to be honest. One of my good friends that expressed an interest in Renegade, moved to Vegas at exactly the same time I took over. "Me, move to Vegas? Why not!" and we started converting cars.

(Up to this point, it all sounds so simple. Far from it... For you small business owners, this will sound very familiar.)

The first 14 months I commuted almost every week to Vegas from LA holding down three jobs and sleeping on off ramps. To save money, I lived in the shop and slept on the floor behind my desk. (Thank God for the 24 hr. Fitness down the street for an occasional shower.) We didn't even have a car lift back then. BUT, we got the job done and conversions worked better than they ever had before. The learning curve was astronomical but so was the gratification.

By year two we had a little momentum, and I was getting a daily shower in a place that was marginally better than my office. I became more active with club racing and DE events, and even became an instructor for the local PCA.

By year three, we had developed new kits, streamlined the manufacturing process for most of the existing parts, and made enough money to buy our first lift.

It's now year twenty two into a new life with Renegade. The shop works very well and my staff is top notch. The pandemic, however, has taught us another nasty chapter of business ownership as I have seen many companies, seemingly more secure than mine, disappear without a trace. I sit here humbled by the fact that we have managed to keep the lights on, make a few friends, sell some parts, and still have some fun. What a ride!

I finally retired from broadcasting and DJ'ing after roughly 30 years in the industry. My last ‘gig’ for CBS Radio (KNX 1070 News Radio for you LA folks) was the icing-on-the-cake. I do miss MCing the occasional fund raiser for Child Help USA, March of Dimes, Make a Wish, or any other of a hand full of charities that give so much to people with so little. But we have discovered other ways of contributing to charities including our latest endeavor with St. Jude’s Ranch in Boulder City!

The latest feather in my cap is a racer's dream. I not only teach at several different tracks as a Pro-Coach, but I tour the nation for the PCA as an "Instructor Trainer". What a way to see all these amazing facilities and meet some fantastic people on someone else's dime! To top it off, I feel like a celebrity race car driver having driven so many fantastic machines on such historic tracks.

This little exercise of my ego might be considered symptoms of a mid-life crisis, or just wasted ink. Never-the-less, it's proof that the American way and the entrepreneurial spirit is alive and well in many of us. It's also a little reminder to keep working on your own personal "Bucket List." I know I will never stop working on mine!

Despite elections, cliffs, ceilings, recessions, or pandemics, we are still alive and well. This alone is quite an accomplishment. In addition, we have developed a whole new program targeting the late model Porsche line with fantastic success!

…And on a personal note, I finally retired from Radio mid 2012, but I have been recruited as the voice of many PCA events out West, including the ‘Festival of Speed’, and the ‘Beverly Hills Concours’. Plus, my Instructing has evolved into Pro-Coaching individual racers at tracks all over the US including, Laguna Seca, Mid Ohio, Barber, and COTA just to name a few!

One more simple and heart-felt thank you goes out to our brave Service Men and Women who fight for our Freedom, our Country, and our Lives.

I truly thank YOU, the reader, for your time and your Interest in Renegade Hybrids.